The tradition of Vaclav Horak’s craftsmanship and machine tooling dates back to 1898. He began building his own machine shop and iron foundry in Luzec nad Vltavou near Melnik in 1911. Gradually, he turned to the idea of making refrigerating equipment, and in 1929 he engineered and built his first fully functional LEDOTVOR (the Ice Maker).

In 1932 the enterprise was passed on to Horak‘s sons. As HORAK BROTHERS, the Cooling Machines Factory, the newly branded enterprise quickly became one of the leaders in the Czech industrial market. Among its most successful products were coldrooms, refrigerating doors, cooling beer dispensers, ice-cream makers and household refrigerators. The cooling and refrigerating appliances utilized compressors designed and engineered by the company itself.

During World War II, the company employed over 200 people. Unfortunately, its buoyant post-war prosperity was halted by the nationalization of 1948. The factory was gradually taken over by state companies Frigera, Kovosluzba, SPP and Strojobal. Like its management, the company’s production orientation also changed. In 1971 the production of compressors was replaced by the production of slice-cutting machines, which was further expanded during 1980s to encompass production of freezing tunnels. 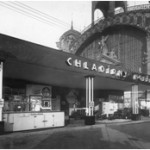 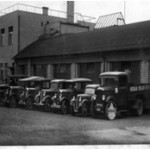 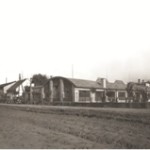